One of our fellow students from Canada, Tamara Skubovius, was caught without her travel documents at a migration checkpoint located at the beginning of Federal Highway 203, which connects towns Tenosique and Emiliano Zapata. She was detained for six-and-a-half hours, while her fellow participants and the human rights advocates working with the group protested outside and attempted to get her released. As she describes, it was not clear what the authorities wanted, as every paper they asked for arrived. Finally, she was let go. 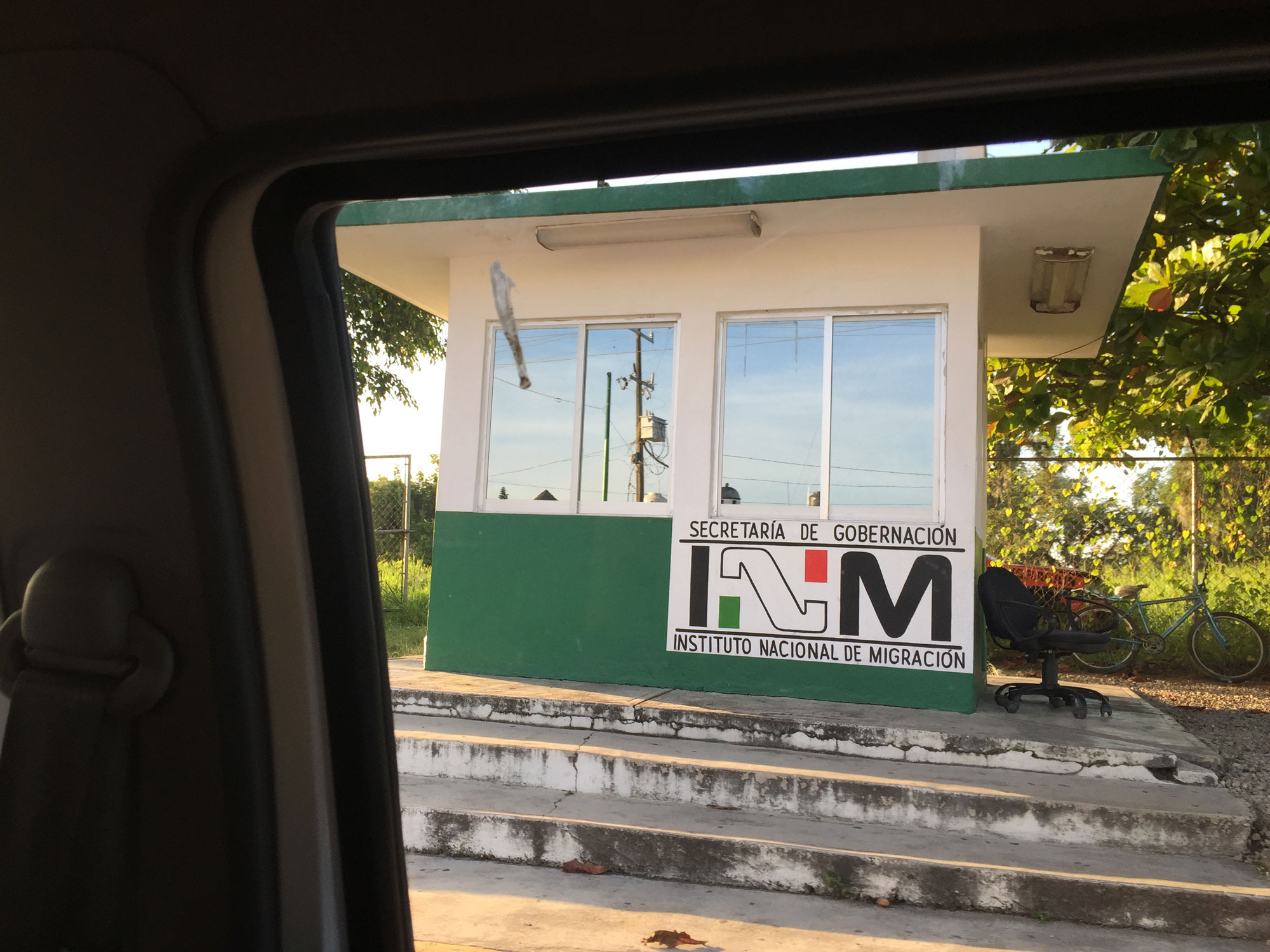 For a detailed account of Tamara’s experience, see the interview below.